1 Trait You MUST Have To Attract Women

Home » Men » 1 Trait You MUST Have To Attract Women

You're about to learn one of the most powerful concepts that will make you incredibly attractive to women, and it has to do with how strong you are "mentally". 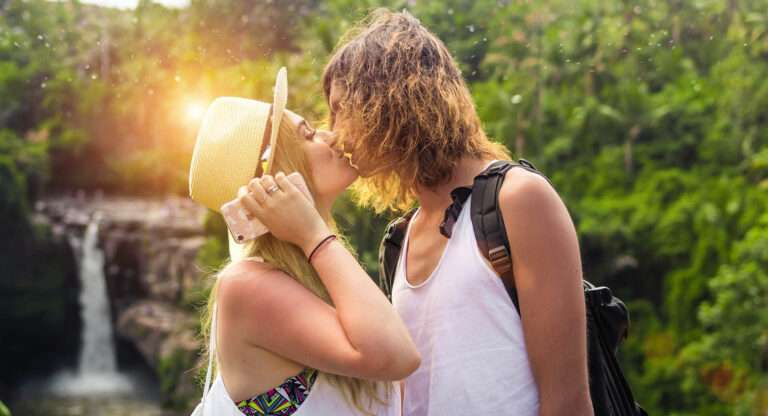 If You Don’t Know This You Won’t Get Her

So let me start by asking you this:

Has a woman ever given you a disapproving look for something you did?

Or has a woman ever made a critical remark or condescending comment about a choice you’ve made?

And if you think back:

How did you deal with a woman giving you disapproval?

And what kind of response did you get from her by dealing with it in the way that you did?

These are VERY important questions if you want to become powerful with women.

See, if you’ve been in the Dating World, you probably know that disapproval is a huge issue when it comes to women.

And if you’re just entering the Dating World again or for the first time, you’re about to learn exactly how to deal with women’s disapproval, which is EXTREMELY attactive to women.

So if you want to be a “Cool Guy” with women, you cannot avoid or ignore any form of disapproval a woman throws your way.

You MUST confront it then and there!

See, the truth is, guys who try to prevent disapproval by changing their behavior to accommodate a woman’s expectations will never become the kind of guy women fantasize about.

In fact, women tend to view these guys as “non-sexual”.

I’ll tell you why shortly, but first:

You Have No Choice Because Women Are Going To Do THIS… You know what?

Getting disapproval from women is just part of dating.

It does and WILL happen, so prepare yourself for it.

The difference is that a “Cool Guy” learns how to deal with it in a way that allows him to win. “Nice Guys” generally avoid it and that’s what makes them lose.

So here’s the secret to dealing with women’s disapproval:

Start by defining WHO you are for yourself and HOW you expect women to treat you by making it clear to them.

If you don’t define your life, others will… including the women you date. And when you get into any relationship with a woman, you can bet she’s going to define it, unless…

… you define your own life first!

Then you give yourself the power to define your relationship with her on your terms.

See, women will try to box you into the category they want you to play in THEIR lives.

So the question is:

How do you not let THEM define you?

I’ve discovered that by placing the focus on establishing my own Identity and by not letting any woman project the identity she wanted me to have onto me, I was empowering myself…

No longer would her disapproval or her desire to change me have an impact on my behavior or my Identity.

And having a strong sense of who you are is THE most effective way to become attractive to women.

So give yourself the power of owning your own Identity:

And here’s something else worth considering: Why do guys want to avoid a woman’s disapproval in the first place?

Isn’t it to seek her approval to COMPENSATE for that fear of being criticized or disapproved of?

So what generally ends up happening is this:

They let a woman’s disapproval reshape them simply because they want to win her, or because they’re afraid of losing her.

Their fear outweighs their desire.

But in a woman’s eyes, this kind of behavior invalidates you.

You’ll tend to become a “write-off”!

But when you’ve defined your life, and your behavior is no longer influenced by a woman’s standards of how you should be, it simply becomes a matter of communicating that your Identity belongs only to you…

It means that she has no power over shaping your identity. And that’s attractive!

So just what do you do when a woman gives you disapproval?

The way to handle it is by communicating that any disapproval she throws at you won’t alter you.

Your Identity belongs to you — and ONLY you!

Here’s exactly how to do this:

Recognizing that a woman’s disapproval is HER issue, NOT yours, is a powerful concept to grasp.

See, the REAL issue is that she’s not accepting you — because she’s trying to change you. The issue is NOT that you’re refusing to change for her, as she may falsely believe.

So this is HER issue!

Always look at disapproval from women about your choices that way…

Anytime a woman offers you unsolicited advice, she’s trying to change you.

Anytime a woman complains about your behavior, she’s trying to change you.

And anytime a woman disapproves of you in any way, she’s trying to change you.

Of course, it may be wise to take into consideration the behavior she’s complaining about is crossing one of her boundaries.

Always communicate that this is HER PROBLEM!

Naturally, there’s a very specific way of doing this, which I reveal completely in “Cool Guy With Women”. Because there is a “wrong” way… or a way of doing this that is going to make women “freak-out”.

And not in a “good” way either.

So you definitely want to avoid that at all costs.

But essentially it comes down to communicating that her only choice is to accept you the way you are.

STEP #3: Give Her An Ultimatum

By letting her know that she can either accept you fully or not at all gives her an ultimatum:

The key is that this ultimatum leaves her with a choice.

You’ve revealed that you have a strong sense of self by not altering with her manipulation.

I mean, why offer more than you can give, right?

Then you let her simply take it or leave it.

You let her take the opportunity, or pass it by.

This means a woman has to accept the role YOU CHOOSE for her to play in your life.

This means communicating a strong intention from a grounded Identity.

And it also means letting no women’s manipulative disapproval weaken that intent or shake your Identity.

If you want true, long-lasting success, this is the starting point.

How Establishing Personal Boundaries Attracts Women
Are women lying to you? Do they really like "That Type" of guy? (The type you are not!)
Read More
Easily Make Women Laugh Every Time
Did you know that when most women are asked what the MOST important thing they look for in a man is,...
Read More
12 Deadly Mistakes You May Be Making
How guys ruin their own chances when picking up women.
Read More
Top 10 Problems Most Men Have Pursuing Women
What does the woman you are attracted to expect of you?
Read More
How To Tell If She's Interested
I'm going to give you a stupid-proof formula for knowing whether or not a woman is interested in you.
Read More
Why Men Want Sex And Women Want Love
Whether you are a man or a woman, reading this can change your life - finally, you will be able to get...
Read More
3 Reasons Why Your Girlfriend Is Being Nice To You
A sudden change in her attitude towards you can mean the end is near and she's hiding something from...
Read More
Woman Have Fantasies Too
Sexual fantasies are an intriguing subject and not only men have them!
Read More
7 Warning Signs That She is Not Interested in You Anymore
To break up a relationship is a harder decision when we talk about a long term one. In most cases when...
Read More
How To Make Her Happy In Bed
What makes a WOMAN great in bed?
Read More