5 Things Every Woman Needs to Know About Dating

Home » Women » 5 Things Every Woman Needs to Know About Dating

These are the five things that every girl that 'likes a guy', that is dating or wants to date a standoffish guy, needs to know and understand. 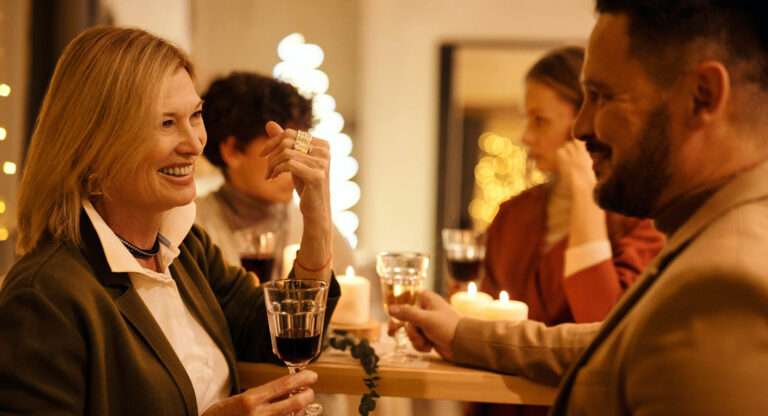 How to Approach a Man

The other day I was talking to a girl at work: she wanted some advice about what to do about a guy she thinks likes her.

I asked her why she needed advice and she said “He’s part of the group of my friends and when we are all together at a bar or hanging out somewhere he always ends up beside me.”

I asked her if she liked him and she said “I’m not sure but it’s hard to tell because we’re never alone”.

When I pressed her she said that she might but she’s not sure. They text each other to find out what’s happening and end up at the same place quite a bit. I told her that it sounds quite positive that he’s into her but she has to take control of the situation to find out for sure.

I told her that the next time he texts her about where/what each other is doing that she is to say “You can meet me at the coffee shop and buy me a coffee and we can talk” and be that blunt and demanding.

Changing your approach is required

Needless to say she was quite nervous about being so ‘demanding’ but I told her that she has to be the one to take control and see what happens. If he’s into her then he’ll show up, if he’s not he won’t. Simple.

She was quite surprised when he agreed to meet her and that he even paid for the coffee and a dessert.

Afterwards they went for a walk and talked the rest of the night. She went home without a kiss from him and uncertain if the time was well spent.

I told her she did just fine, that he likes her but many guys just don’t know what to do with women they like.

Guys don’t want to put themselves in a position of being rejected so they’ll play this “hang around game” and just take whatever happens. They might press for some sexual play, kissing and petting, but will quickly back off if the girl says no. (I recommend always saying no for reasons I’ll get into later.)

Guys that take this tact, instead of being direct and asking for an ‘official date’, are so afraid of being rejected, of being made fun of by their guy friends, that they’ll miss many dating opportunities just because of this fear of rejection.

It’s not to say that women don’t have these same fears, but with guys it’s usually much more predictable and easily used against them.

Yes, I said that… use this fear of rejection to force the guy to date you ‘officially’.

A woman needs to take control, from the start, how the relationship progresses

Back to my conversations with my girl friend:
She wanted to know what to do next. The guy was going away with his parents for a week and told her that he’d call her when he’s back on Thursday or Friday and maybe they’d do something… still avoiding anything concrete, still wary of being rejected.

I told her that when he texts her, and he will (he did), she is to text him back and say “Call me on Friday at 7”. Nothing more than that. And when he calls her at 7 on Friday she is to tell him to meet her at a certain place to do a certain thing. It really doesn’t matter what or where, but that she needs to take control early in the dating cycle to maintain control later on (if there is a later on) and help him to realize that they are dating, not just hanging out, and that they’re doing this because there is mutual attraction.

This is where her part of this story ends but what I want to tell you isn’t.

I want you to remember these five things:

These are the five things that every girl that ‘likes a guy’, that is dating or wants to date a standoffish guy, needs to know and understand.

There are many more tips on understanding men and dating the one you’re interested in dating available with “Becoming His Secret Obsession”.

Create A Deeper Level Of Attraction In Men
You can't convince a man to love you, but you can prove yourself to him just as he needs to prove himself...
Read More
Easy Tips To Have Happy Relationships
Regardless how long you've been on your relationship, keep dating each other. Even if life seems too...
Read More
How To Not Be Down On Yourself When Single
It's hard to help a woman to "be ready" to meet a great guy when she feels so overwhelmed by the whole...
Read More
How To Catch Him Forever
All the good guys aren't gone you've just been looking in the wrong places.
Read More
Does He Want A Serious Relationship With You?
Does he say "I love you" but can't commit?
Read More
Compassion And Love
If we focus on pain, all we'll ever feel is resistance to feeling pain, which is the same as resistance...
Read More
Are You Self-Isolating Before a Date?
During this crazy Covid-19 pandemic you're still looking for "The One", right?
Read More
Cause And Effect With Men
The less confrontational you are in asking to get what you want, the more you'll actually steer a man...
Read More
5 Things Every Woman Needs to Know About Dating
These are the five things that every girl that 'likes a guy', that is dating or wants to date a standoffish...
Read More
Words of Power Leads To Love Realized
You respect the power of words by either saying only what you feel in your own body – without so much...
Read More