How do you keep a date going when she says she's got to leave? 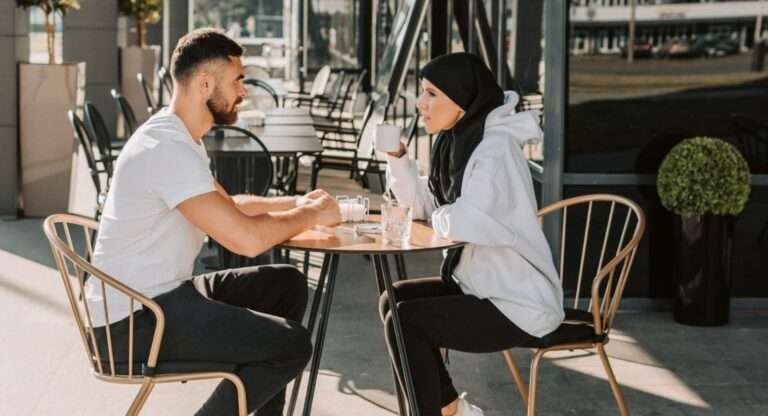 Understand Her Psychology When She Says She Has to Leave

There’s a misconception almost all men have:
When most men are talking to a woman and she chirps “I’ve gotta go,” they take it as a threat that she’s about to leave. They’ll either beg her to stay or let her walk away because they think she isn’t kidding about leaving.

95% of the time it’s easier than tying your shoe to get a woman to stay, even when she tells you, “I need to leave, now!”

Let’s look at the intention behind a woman’s words “I gotta go.”

Sometimes a woman’s words “I gotta go” match her intentions. That’s a given. Maybe you genuinely pissed her off and she wants to leave.

Perhaps there was an awkward lull in the conversation, making her feel uncomfortable. So leaving, to her, seems like the best way to kill the tension. Maybe she legitimately has somewhere to go.

But there are times when women tell men they want to leave, but they don’t. They’ve got other intentions.

Now and then, for example, women bring up the words “I have to go in minute” early on in the conversation with a man. That way, if the conversation goes awry, they can politely slink on out.

Occasionally these words are a test to see how badly a man wants them to stay.

Every so often, they use these words as a takeaway. As an attempt to spur a man into chasing or pursuing them.

But, regardless of a woman wanting to leave, attempting to make you chase her, or trying to test you, it’s well within your reach to compel her to stay, and to do it in a way that generates much attraction inside her.

Here’s What To Do (The Attraction Secret)

Let’s say you’re talking to a woman, and she says, “I’ve gotta go help my aunt with grocery couponing.”
Respond with: “I’ve gotta go in a minute myself.”

Then say something to rivet her attention: maybe share a funny story, show her something interesting, or hint that you know something about her without letting her know what it is. When you sense you’ve got her fully engaged, pounce with “Go! You’ve got to help your aunt couponing! Leave right now. Hurry! Hurry along!”

Here’s what’ll happen a lot of the time, she’ll stand their like a deer in headlights, not knowing how to react, but wanting to stay.

Let’s Get Into the Psychology Behind the Words

Whenever you force the unconscious mind to decide between two choices it almost always chooses the one that feels most pleasurable in that moment.

In other words, when you tell a woman who’s fully engaged in conversation with you to go help her guinea pig deal with the angst of post industrial madness, she wants to stay because:
Talking to you is more pleasurable than dealing with her dumb rodent.

What if she’s choosing between talking to me and going on a date with a guy lumbered with model good looks?

Most likely she’ll choose you because:
You’re giving her pleasure, putting her in a good state of mind, in the here and now. The unconscious mind doesn’t think: “I’m feeling good now, but I’d feel even better if I left this guy and went on the date with the model.” All it knows is that it’s experiencing good feelings now, and, thus, is going to choose the source of these good feelings, you.

It’s useful because when she unconsciously decides to stay, she consciously thinks to herself: “Wow, I like this guy. He’s cool. I want to keep talking to him.”

How Your Girl Acts When You're Amazing In Bed
We've talked to thousands of women about their sex lives and have heard it all, how some guys are great,...
Read More
7 Warning Signs That She is Not Interested in You Anymore
To break up a relationship is a harder decision when we talk about a long term one. In most cases when...
Read More
How To Make Sure Women Know You're Available
Here are some things to do to make it clear to women that you are available to date.
Read More
Increase Your Score Factor With Women
Following these suggestions will help increase your score factor while dating, keep attraction levels...
Read More
How To Make Her Happy In Bed
What makes a WOMAN great in bed?
Read More
Avoid Any "Awkward Silence" With This 1 Bizarre Trick
You can feel this excruciating moment coming on from a mile away.
Read More
Relationship Commitment
A lifelong goal for some, and others, a thought that puts shivers down their spine.
Read More
Easily Make Women Laugh Every Time
Did you know that when most women are asked what the MOST important thing they look for in a man is,...
Read More
What Makes an Average Looking Guy Instantly Become "Hot"?
How does an average looking guy get a hot girl? If you talk to any number of super hot girls and approach...
Read More
What To Do If You Are Stuck In Infatuation
If you are stuck in infatuation, remember the following: Infatuation is just a stage, not a condition.
Read More