Menu
Are You Addicted To Bad Boys?

Home » Women » Are You Addicted To Bad Boys?

Bad Boys can be exciting to date but are they the long-term relationship you want, or are you happy with your Bad Boy dating? 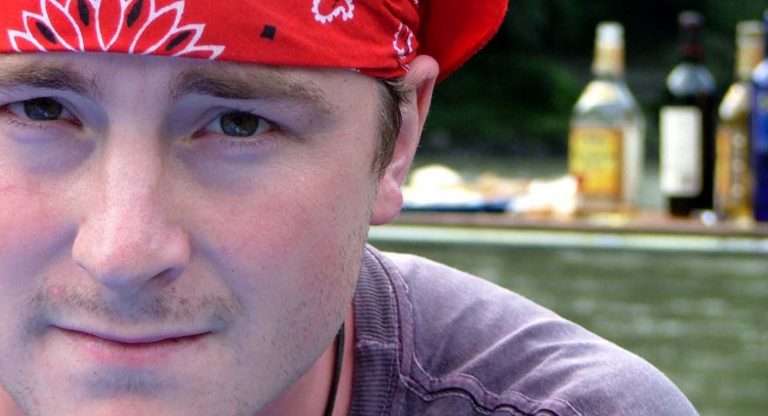 Can You Be Happy With Your “Bad Boy”?

The “Bad Boy” personality trait is one of excitement and adventure. Of not always knowing what is going to happen next. But these things that start off as exciting in a relationship can be recognized as the limit to how far the relationship will go. And when your “Bad Boy” finds someone new that is more exciting, you’re single again.

A lot of guys fit the profile of ‘Bad Boy’ and my question to you is: if women understand that he’s a Bad Boy why do they keep dating him?

Dating The Bad Boy: Are You Prepared To Date Him?

What woman, at some point in her life, doesn’t crave for the guy with the adventurous look in his eye; the guy that stands out from the other guys because of his care-free attitude, hard looks, simmering eyes and hard body.

It’s easy to fall for a guy that offers excitement and adventure but it’s hard to keep him for long as he wanders through his life, not looking for any particular woman, just a partner for a few whirlwind months before he tires of her and finds another girl that catches his attention, just as you first did.

The key to being cautious of dating a Bad Boy is, firstly, identifying him. This really isn’t all that hard because you sub-consciously are attracted to him for the these reasons:

The Bad Boy easily captures a woman’s heart and he is often chased by more than one woman at a time. Infatuation leads to “Bad Boy Blindness” and warnings from friends that he’s a “Player” often go unheeded.

And, while there are some women lucky enough to catch a Bad Boy and keep him, training him into the fulfilling image of loving husband and father, this happens more rarely than women believe.

Dating a Bad Boy: Can You Handle The Danger of The Relationship?

A word of caution: if you need to “fix” a guy to make him a better partner, watch out. Changing a guy’s behavior is a drawn-out process and may at any time backfire into accusations of smothering, neediness and jealousy.

It’s better to leave the Bad Boy to some other woman, allow her to have the couple of weeks/months of heady, raging romance that is moving forward like a plane without a pilot, destined to crash on a mountain peak at any time.

Sometimes the catch isn’t worth the effort of keeping it

And you’ll see this when it’s hard to keep up with his flirtations of other women, his abrupt changes in personality and his lack of commitment and readiness for spur-of-the-moment adventures.

Finding the man to take your heart, and hold it carefully for the years to come, is no easy task.

You have to battle through the players, the Bad Boys and the other jerks that make up the majority of the single men’s population to find a real catch of a man.

There is help, your girlfriends and family members will have some, limited, experience with them and there are great books you can read too.

Take a look at The Modern Siren Program that will give you REAL WORLD ANSWERS and solutions to the things you’re dealing with when it comes to men.

The Surprising Reason Men Always Choose Certain Women
Tanya had been told she was “amazing”, “A great catch” “cool” and “total girlfriend material” by the...
Read More
Creating Emotional Ties With A Man
Changing him from "love'em and leave'em" to committing his love to you.
Read More
Siren Women
The modern siren women is confident, sensual and alluring.
Read More
How To Catch Him Forever
All the good guys aren't gone you've just been looking in the wrong places.
Read More
Why Men Push Away Their Perfect Girl
When Holly met Colin 3 years ago, she thought they were perfect for each other. They had the same sense...
Read More
Sexual Strategies
Have you ever thought why men’s and women’s sexual strategies are so different?
Read More
Creating Romantic Opportunities
If you’re a single man or woman who wants to meet someone new to marry or have a relationship with, the...
Read More
Are You Self-Isolating Before a Date?
During this crazy Covid-19 pandemic you're still looking for "The One", right?
Read More
When He Says He Doesn't Want A Relationship
A lot of relationships with guys start off with being friends, sharing life's secrets and getting closer...
Read More
Manifesting Your Relationship Genius
You're about to discover what it's like to give and receive love in a way that feels good, inspiring,...
Read More