Menu
Are You The Boring And Predictable Guy?

Home » Ebooks » Are You The Boring And Predictable Guy?

Let's talk about the techniques that any guy can learn to never be boring, predictable and uncomfortable with a woman again! 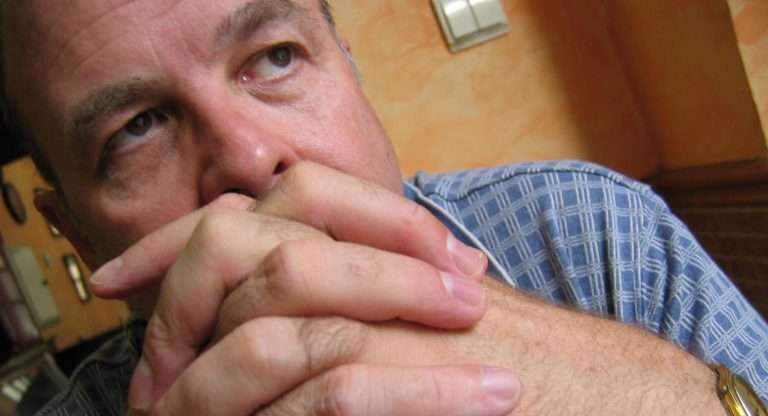 How to Not be Boring and Predictable

I realize that this may sound like an obvious statement but judging by the emails that I get week in and week out, maybe it’s not as obvious as it might seem to some guys. In fact, when I think back on my own experiences with women, I am DEFINITELY guilty of trying to bore women into feeling attracted to me…

So what do I mean by this silly sounding statement?

Well, let’s start with some ideas that I hear in one form or another all the time:

“I was a perfect gentleman on our date, but she didn’t call me back, and I can’t reach her…”

“I give her everything she wants, take her out, buy her things, and I don’t understand why she doesn’t feel the same way towards me that I feel towards her…”

“She tells me that she only likes me as a friend, then she goes out with these guys who treat her like crap instead of going out with a guy like me that would treat her wonderfully and give her everything she wants…”

Now, I realize that these statements are actually different from each other, and deal with different issues. But the common denominator in each of them is:

YOU’RE NOT BEHAVING IN A WAY THAT IS PUSHING HER ATTRACTION BUTTONS. IN MOST OF THESE CASES, YOU’RE GUILTY OF TRYING TO BORE HER INTO FEELING ATTRACTED TO YOU.

I got one letter recently where a guy was telling me that he had taken a girl out on a date, but that there wasn’t any “spark”… but he still felt attracted to the girl. He seemed to think that just because nothing obvious was BAD about the date, that this girl should also feel attracted to him. (Maybe he thought that a few more uninteresting, boring dates would cause her to open her eyes and see the light).

Here are a few common problems that lead to “BORING DATE-ITIS”:

1. Playing it “safe”, following her lead, not saying anything you think will upset her, and making sure that you’re “proper”.

2. Talking about BORING things like jobs, family, weather, etc. because it’s “what people talk about to get to know each other.”

I can remember when I thought that the proper way to act on a date was to talk about socially acceptable topics, act sterile and quiet, and generally try to make sure that she got whatever she wanted.

Oh, was this a huge mistake. Generally speaking, women are BORED TO DEATH BY THIS KIND OF BEHAVIOR.

When you meet a girl for a cup of tea or go out to dinner, it’s time to have FUN, not to be her personal ass kisser! Playing it safe and kissing up to her is a sure way to get either an expensive relationship or a woman who won’t call you back.

Don’t talk about your job and your family!

Guys who are trying to convince women that they’re “nice” talk about their families (If you really want to be a loser, carry pictures around with you and show them off.). Talking about families is “courtship” behavior, and it will put her into the old “this guy is boring” frame of mind. Unless you’re related to John F. Kennedy or someone even more interesting, keep the family history to yourself!

Well, for starters he acts like he’s NOT COMFORTABLE in the situation…
Nervous smiles. Apologizing. Agreeing with her opinions all the time. Asking her what she’d like to do. Holding your body in an unsure, insecure way. That’s a good start.

Mix in a few uncomfortable silences and you’ve got the makings for her running as fast as she can and changing her phone number to save herself from another one of your boring calls!

So what’s the answer? What’s the secret to making her feel attracted to you, and not BORED OUT OF HER SKULL?

Here are a few ideas for starters:

2. Talk about something that isn’t BORING. One of my favorite things to do is get her to talk about her life, then find things to make fun of. This is a great opportunity for cocky and funny…

YOU: “So, tell me something interesting.”

YOU: “What, you can’t think of even ONE interesting think about yourself or your life? I think I need to go before this gets any worse…”
You get the idea…

3. If there is a silence, NEVER let it be uncomfortable. I think that it’s great to stop talking when you’re first getting to know a woman. But don’t do it in a way that sends chills up her spine.

If the conversation goes cold for a few moments, just pay attention to something else for a minute. Think about something funny to say and laugh to yourself. She’ll say “What? What are you laughing about?”… which is a great lead in for about 1,000 different cocky/funny answers.

If the conversation stops, be cool. Just act like you’re with a friend, act totally casual, and pick it back up later. Just don’t ACT nervous and uncomfortable!

4. DON’T BE PREDICTABLE. There is an area of the human brain called “Broca’s Region” that is constantly anticipating what is about to happen, then discounting the predictable. In other words, the more predicable you are, the faster you will be considered BORING. Learn to say random things. Disagree with her… (without sounding like a whiny little girl). Tell her that you think Britney Spears looks like a dog…

If you’re boring, read a couple of books on how to tell stories… or get a book on comedy to learn how to be funny and tell jokes.

JUST DO WHATEVER YOU HAVE TO DO TO AVOID BEING PREDICTABLE!

OK, I think you’re getting the idea. Women don’t want BORING. A woman would rather be with an interesting, fun guy than with a RICH, HANDSOME, PREDICTABLE, BORING one (and the women who want the rich boring guy are often boring themselves…).

Find out more about the Double Your Dating techniques for meeting and dating women… watch it in action, learn it, and use it.

Thanks for reading and best of luck in life and love.

How To Improve Your Success With Women
Here's why guys don’t approach the women they want, and what you can do to turn around your success with...
Read More
Sexual Strategies
Have you ever thought why men’s and women’s sexual strategies are so different?
Read More
3 Reasons Why Your Girlfriend Is Being Nice To You
A sudden change in her attitude towards you can mean the end is near and she's hiding something from...
Read More
8 Signs Your Girlfriend is Cheating on You
The very first indicator is your intuition or your instinct. You know when you get that gut feeling that...
Read More
8 Types Of Women To Avoid Dating
A recent survey revealed that fifty two percent of men date for intimacy. Men are looking for that “someone”...
Read More
Why Men Want Sex And Women Want Love
Whether you are a man or a woman, reading this can change your life - finally, you will be able to get...
Read More
Easily Make Women Laugh Every Time
Did you know that when most women are asked what the MOST important thing they look for in a man is,...
Read More
20 Morning After Deal Breakers
Consider the morning after make it or break it time. After the jump, some guys we do and don't like to...
Read More
5 Secrets To Increasing Her Interest In You
Attraction is nature's way of taking over our minds and bodies long enough to make sure that we mate...
Read More
Are You The Boring And Predictable Guy?
Let's talk about the techniques that any guy can learn to never be boring, predictable and uncomfortable...
Read More