Are You the Wrong Type of Guy to be Dating Women?

Home » Men » Are You the Wrong Type of Guy to be Dating Women?

Why just being your (unrelatable) self is probably the worst mistake you can possibly make with women. 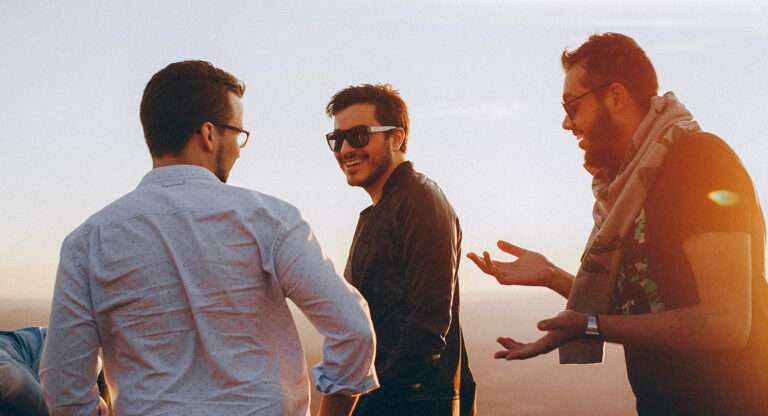 Are You Open Enough To Be Dating Women?

Let me start with a somewhat extreme illustration…

Imagine what would happen if you walked up to a guy you’d never met before and punched him in the face. I mean, you didn’t say a word… you just wound up and smacked him right in the kisser.

How do you think he’d react?

I know, you probably don’t have to think too hard on that one. I’m sure you know EXACTLY how he would react:

He’d probably get angry and maybe even retaliate.

Back up and pretend that didn’t happen…

Instead, what if you walked up to the very same guy, opened your wallet, took out a hundred dollar bill and gave it to him.

How would he react this time?

And here’s the interesting part:

And yes, the reason is so obvious that I don’t even need to explain it to you. In fact, couldn’t you have predicted what would have happened beforehand?

But if you think about it, what determined his reaction to you was in how YOU approached and treated him… and that determined how he “saw” you, which set the direction the “relationship” would go.

So what’s the point?

And what does this have to do with “being yourself” and attracting women?

Women Are 100% Predictable When You Know How THEY React — To What YOU Do
The truth is, women respond instinctively to how men treat them.

So if women aren’t responding to you the way you’d like them to yet, all you really have to do is take a look at how you’re behaving toward them.

For by simply changing your behavior, you’ll also change the way women respond to you.

These changes can be DRASTIC.

And though the example I used earlier was extreme, it was EXACTLY the same principle involved in learning to attract women.

It’s all written in Human Nature, my friend

And just as you could have predicted how that stranger would have reacted to being punched in the face, when you understand everything I teach, you’ll realize that you can just as easily predict how women will react to you…

… when you understand what behavior attracts them.

I know it may be a stretch, but let’s say — just for the sake of this discussion — that a guy had no clue people would get angry if he punched them in the face.

And if he didn’t understand this, what might he assume about people based on his experience?

He may likely conclude that people are hostile and aggressive.

But is that true, really?

In fact, they were just treating him the way he treated them.

Women Are EXACTLY The Same!

You can push women away “emotionally” with your behavior, even if you’re not aware of it… and they will become distant with you by reflex.

And you know what pushes them away… fast?

What people call just “being yourself”.

Now, before you think that I’m saying you should pretend to be something you’re not or that you shouldn’t be an authentic person, how do guys usually interpret the idea of “being yourself”?

If you ask the average guy for dating advice, he’ll say, “Well, just be yourself.”

But how do these guys act when they’re just “being themselves” around women?

Don’t they agree with everything a woman says?

And don’t they basically do everything BUT be themselves?

I mean, they wouldn’t act that way around someone they weren’t interested in or attracted to.

And here’s the craziest part:

There are guys who put on the act — yes, “put on” the ACT — of “being themselves” and then don’t understand why women aren’t interested.

It really is similar to punching someone in the face and then not understanding why they’re responding back with hostility.

Is Just “Being Yourself” An Excuse To NOT Change?

Actually, it gets even crazier…

Thinking about my illustration again, would you blame someone for retaliating to being punched?

Would you look at him like there’s something wrong with him?

Would you whine and complain that he shouldn’t have reacted to you aggressively?

Not likely… because you know what’s “going on”.

Now, I know this may sound slightly ridiculous, but this is exactly what some guys do when it comes to attracting women.

They complain about and blame women for not being interested in them, thinking that if women aren’t attracted to them that it’s the women’s fault…

You know, women should accept them for “who they are”.

But you know what?

That’s as ridiculous as a guy going around punching people and in the face and then moaning that they should just accept him “for who he is” instead of getting angry at him.

SO PLEASE DON’T BE THAT GUY!

And if you can identify with that, now’s the time to change:

And since they’re acting on an instinctive reflex, you CAN’T change that.

But what you CAN change is your behavior. You have 100% control over that. So why not change it so you NATURALLY attract women.

And what’s more, you don’t have to pretend to be someone you’re not. Like starting a sales job, for example… you have to change your behavior if you want to sell better…

But that doesn’t mean you can’t still be who you are.

In fact, I HIGHLY recommend you be who you are. All I’m suggesting is that you change some of your behavior so it makes the impact you want on women.

So if the just “being yourself” or “being nice” approach isn’t working with the women in your life and you’re sick and tired of the poor results, the next steps are to find guidance on your personal improvement.

1 Trait You MUST Have To Attract Women
You're about to learn one of the most powerful concepts that will make you incredibly attractive to women,...
Read More
What To Do If You Are Stuck In Infatuation
If you are stuck in infatuation, remember the following: Infatuation is just a stage, not a condition.
Read More
Avoid Any "Awkward Silence" With This 1 Bizarre Trick
You can feel this excruciating moment coming on from a mile away.
Read More
Five Myths About Women
Putting a woman on a pedestal is bad for your health — and hers.
Read More
How To Make Her Happy In Bed
What makes a WOMAN great in bed?
Read More
Top 10 Problems Most Men Have Pursuing Women
What does the woman you are attracted to expect of you?
Read More
Your Girlfriend is Being Nice To You Because She Wants Better Sex
Believe it or not, she's being nice to you to make herself more attractive to you.
Read More
3 "Secret Spots" On A Woman's Body To Drive Her Crazy
How to drive her crazy in bed, guys need to know this stuff!
Read More
5 Secrets To Increasing Her Interest In You
Attraction is nature's way of taking over our minds and bodies long enough to make sure that we mate...
Read More
Sexual Strategies
Have you ever thought why men’s and women’s sexual strategies are so different?
Read More