Asked: Why is My Boyfriend Suddenly Ghosting Me?

Home » Women » Dating & Relationships » Asked: Why is My Boyfriend Suddenly Ghosting Me?

You thought everything was great, suddenly he's not available. What can you do? 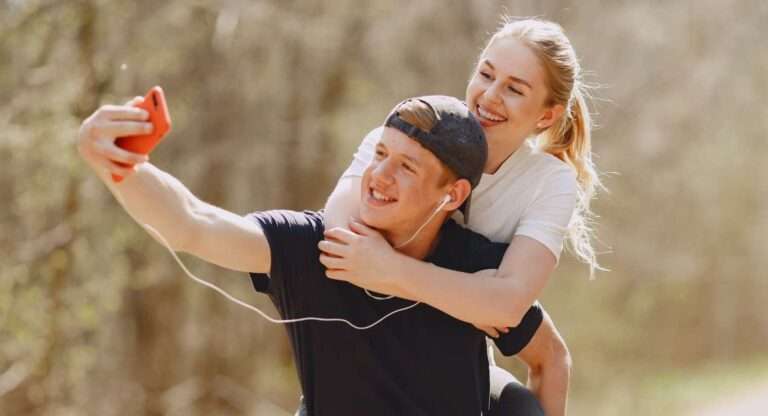 Why is my boyfriend ignoring me?

A lot of the time when a man becomes turned off, or simply changes his mind about a woman he’s been seeing, rather than “man up” and tell her, he simply ghosts her and stops answering texts, messages and calls.

He takes the coward’s way out.

And you’re stuck wondering what happened. Did you do something? Did he find someone else?

The usual response here is to reach out to his friends that you know and find out f they know any reason why he’s suddenly ghosting you.

And you’ll probably check out his social media posts to see what’s he’s up to now, and with whom.

You find out he’s seeing someone else.

This is probably the worse of all reasons why he’s ghosting you. But it does show his true colors and you can be thankful you’re relationship didn’t carry on further and his cheating didn’t destroy a longer term relationship.

You find out he’s decided he’s just not into you anymore.

This certainly happens, but it’s not a real reason to ghost you. He’s a “man-baby” that looks for his own self-interest, and makes decisions that affects others without caring about others. This type usually fails in relationship after relationships and you can be sure that at some point he’ll reach out to you. Don’t be fooled by his pretending to ask for forgiveness. He kicked you to the curb in the worse possible way. Not it’s your turn to ghost him.

You are able to talk to him about what happened.

This is a start to getting “relationship closure”. How you handle the conversation and how he responds, and what he says, will tell you the kind of person he is and if he’s worth fighting for, to try again in your relationship.

Don’t show how hurt you are, don’t make him defensive, this is about you and how you respect yourself and he needs to do the same.

What you need to do next is…

Read more about how to have this conversation with the boyfriend that was ghosting you, read this article.

Creating Romantic Opportunities
If you’re a single man or woman who wants to meet someone new to marry or have a relationship with, the...
Read More
Relationship Commitment
A lifelong goal for some, and others, a thought that puts shivers down their spine.
Read More
Making The Move On The Man
How can you be sure he’s serious? You have to be serious first!
Read More
Creating Great Conversations With Men
Your first impression and the way you manage the first conversation you have with a guy will help you...
Read More
Creating Emotional Ties With A Man
Changing him from "love'em and leave'em" to committing his love to you.
Read More
Life Does Not Have An Escape Clause
Now we're all grown up and we have adult responsibilities. We deal with people random strangers and mere...
Read More
You Said You'd Never Marry, What Changed?
It's the connection you seek that is within your grasp to make happen, provided you know how.
Read More
Relationships Are a Journey
Every relationship is a journey that starts from nothing and takes you places. The final destination...
Read More
Why You Don’t Get Flowers Any More
A change in the romance does not mean a change in the relationship. Sometimes you have to 'give a lot'...
Read More
Getting Through To The Man Inside the Boy
Yes, he really is in there somewhere...
Read More