Break The Pattern Of Abusive Relationships

Women that grew up in an abusive family life are not as keen to recognize abuse the way healthy women are. 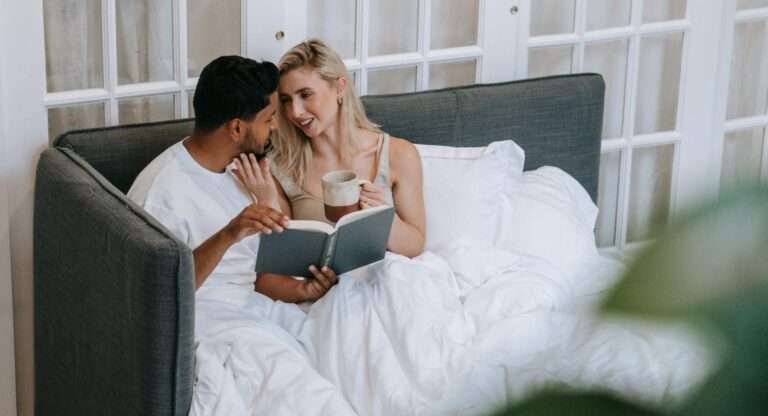 How to Recognize an Abusive Relationship

Women who get involved with abusive men are typically those who had abusive childhood home environments.

This kind of upbringing tends to normalize abusive behavior in all relationships. What this means is that women from this kind of a background are not as keen to the subtleties of abuse the way “healthy” women are.

On a positive note, there is a silver lining here, all behavior can be relearned, including the ability to recognize early signs of abuse as unacceptable behaviors in a relationship. Once this is learned, a woman will be able to break free from unhealthy relationships with men who are no good for her.

Below is a list of common abusive behaviors to watch for:

In order to recognize early abusive signs, a woman must stop rationalizing “abusive” behaviors as “normal.” If she sees one abusive behavior, regardless of how small, she needs to remind herself that it is abuse. Period! With this new skill, she will soon be dating men who treat her with dignity and respect-the way all women deserve to be treated.

Love makes people do things that they regret later on. Wanting to wait for him to change is a natural thing, it’s your love speaking. However, it’s also an irrational thought.

Being in love, it’s natural to make excuses or accept his excuses for his unacceptable behaviors. The hardest thing to do is to see him for who is, a cheater, liar, and disrespectful man.

If you keep this type of man in your life, he will eventually treat you poorly with disrespect and an inability to honor his vows. If this is the behavior you desire in a partner, then by all means, stand by your man. If not, and hopefully not, close that door tight and find yourself an honorable man to respect you in socially acceptable ways in which the two of you can be proud of.

Gaining insight is one thing, but applying change to your well-oiled behavior will require you to stretch yourself, to fight the urge and go against what feels natural.

People’s behaviors, both good and bad, are learned. And what is learned can be unlearned

Manage the men in your life and strengthen your relationships with the tools you will learn in the Toxic Man program.

World's Best Love Advice For Women
When dating are your goals the same as the man you are with? If they are, are you sure? If they're not,...
Read More
Why Men Withdraw And What To Do About It
Making “The Big Mistake” is really all about being driven by your unmet needs and desires and solely...
Read More
Relationship Commitment
A lifelong goal for some, and others, a thought that puts shivers down their spine.
Read More
Soft Love In The Kitchen
Let me show you all the ways in which you can get the soft love and tenderness in your relationship.
Read More
Was It Instant Attraction Or A Slow Progression To Love?
There are two people in a relationship and one change can make all the difference to keeping romance...
Read More
Body Language Attraction: His Eyes Will Tell You If He's Attracted To You
Once you get good at interpreting what his eyes are telling you it will become easy for you to judge...
Read More
The Way To Flirt and Attract The Right Man
Flirting can make a man fall head over heels for you, or if that fails, it'll at least make him want...
Read More
Are You Relationship Ready?
How do you know if you are ready? What are the characteristics you need to have or acquire in order to...
Read More
The Surprising Reason Men Always Choose Certain Women
Tanya had been told she was “amazing”, “A great catch” “cool” and “total girlfriend material” by the...
Read More
Words of Power Leads To Love Realized
You respect the power of words by either saying only what you feel in your own body – without so much...
Read More