Are all men out for just a good time or are there some that want to take a relationship to the next level? 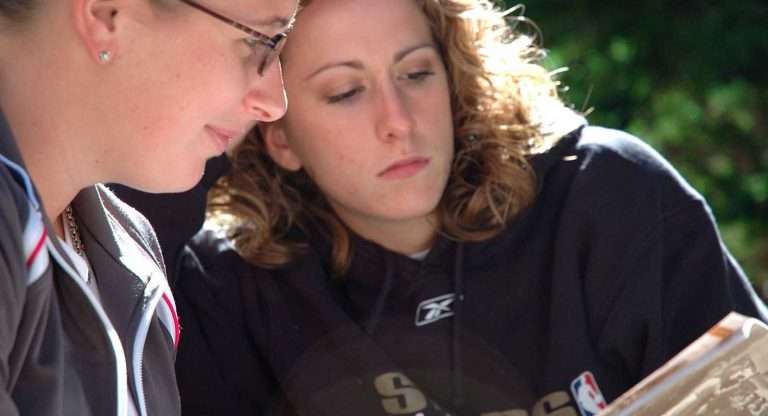 What Do Men Want?

If you’re asking yourself where have all the good men gone I can only answer you with this: Where have you been looking?

I am sure that every woman wants a guy to not only love her but to make her feel loved all the time.

So, if you know that as your main goal, how have you been looking to find that one special guy that will:

Have the guys that you’ve dated felt they have “won you over” by your own actions and words (and not theirs) or do you think that they have just been lucky to be with you and that, their insecurities intact, they always knew that sooner or later they would bore you, hamper your career, or otherwise make it all-too-well-known that you really were too good for them, so they’d cause an issue to give you a reason to break up with them.

And so one thing or another leads to the breakup. It is inevitable.

But for every 10 guys that are insecure, so relationship un-ready, there are 90 guys out there that understand love and are waiting to experience love in it’s fullest capacities.

Dating, relationship, family, holidays… when the slot machine pops you a winner and even when the chips are down he wants to be there with you.

He actually would choose life with you, with it’s ups and downs, instead of a life without you.

You’ve seen these guys… you even know some of these guys (they’re married now, of course and have fantastic lives and wives) and it’s not unimaginable that you will find one of these guys that fits your ideal of a man… well, maybe ideal is too strong a word, so let’s go with semi-trainable.

But all joking aside, why have you failed to find yourself a great guy?

Do you understand the three secrets to relationships as understood by men? If not, prepare to be a witness to a great revealing of dating truth.

Just because they sometimes doesn’t mean they are always going to chase a woman. men sometimes do like a “hard case” to help them understand their own self-worth and masculinity but other than that they are just as comfortable, and willing, for a woman to come to them.

And, when they chase a woman they are in it for the immediate rush of a soft touch, a kiss and maybe something more… but the chase is like a drug whose effects wear off quickly, and then there is nothing left, no attraction, no call the next day, just nothing.

Just as every guy that waits for the woman to come to him, he is often misunderstanding of what she wants, what she really wants, and he misleads her my action or deed, but word said or unsaid.

And what are you to make of all this confusion and misdirection? Well, often you only understand this as “his way” of behaving with women.

Sure, it’s easy to make apologies for him, to tell yourself excuse after excuse until you realize, no, this really is how he behaves and you give him the boot.

So now you have learned that you can’t let a guy chase you, and you can’t let yourself be caught chasing him… perplexing indeed, isn’t it?

2. Men really do have emotions

As odd a statement as this is, it needs to be a big reminder sign you have on your fridge so that you can remember this each day.

Men have emotions, they just don’t care about the same things that women do. Really.

It’s been a while since I’ve seen a woman, alone at a sports bar, that actually knew the names of any one of the teams playing on the multitude of TV screens. And the same is true if she’s there with a few girlfriends.

Guys care about their teams. When their team loses, they lose. When their team wins, they win. A guy’s mood can swing with every pitch thrown, every football pass made or dropped or worse yet intercepted, you get the idea.

Although women are usually tagged as the “unstable ones” have you seen what emotions a guy goes through during his day? Moody, glum, high spirited, you name it, all at the opening of a bag of chips or the turning on of a new keg of beer at his local watering hole. Ugh.

What does this tell us about men and their emotions? Basically that men cannot handle the emotions that they have, let alone be able to master them any time soon.

Where does this leave you? In one of two places:

Guys are easily bowled over by their emotions and need to “take a break” or withdraw, clam up, shut down, or worse of all, give in to fight another day. They just don’t have the tools to deal with their emotional control and the requirements of a relationship.

How are you going to deal with these reactions from men in times when you are emotional, and for good cause?

3. Men Want To Be With A Woman That Cares Deeply For Them

They just honestly don’t know what that type of woman is, what she looks like, how she acts, how she smells, where she hangs out, who her friends might be, etc.

Men don’t have a clue to finding a great woman.

So the toughest tightwalk a woman has to do is to date a guy she likes that may have potential, and still be there to drag him through relationship school so that he can actually understand himself and his need to be with you.

Getting a guy to commit is way easier than getting him to commit for a reason other than sexual. Notice the difference? … yeah, I know you did.

I could go on and on about dating bad boys, how to know if a guy is a player, etc, but it’s all been written before, I guess you just haven’t found the best source yet for this information.

“Have the Relationship You Want” ebook will give you REAL WORLD ANSWERS and solutions to the things you’re dealing with when it comes to men. You can start by watching this video. Thanks for reading.

How To Show Him You're A Great Catch
Letting him know you have a life before him actually makes him more attracted to you.
Read More
Break The Pattern Of Abusive Relationships
Women that grew up in an abusive family life are not as keen to recognize abuse the way healthy women...
Read More
Life Does Not Have An Escape Clause
Now we're all grown up and we have adult responsibilities. We deal with people random strangers and mere...
Read More
Siren Women
The modern siren women is confident, sensual and alluring.
Read More
Setting Relationship Boundaries
Setting boundaries, which are limits on behavior, is essential for emotional well-being and the success...
Read More
Stop Overfunctioning And Start Getting The Love You Want
Our relationships have been more about pleasing others than pleasing ourselves. More about struggling...
Read More
Do Men Really Want Freedom?
Are all men out for just a good time or are there some that want to take a relationship to the next level?
Read More
Things Guys Wish Girls Knew
If women knew these things that guys want them to know a lot of relationships would be much better.
Read More
Commitment, is it just something that happens?
Do you wait for him to talk about your long-term future together, or just wait and wait, and wait, for...
Read More
Making The Move On The Man
How can you be sure he’s serious? You have to be serious first!
Read More