You like him and you think he likes you. So why does he want a "Friends With Benefits" relationship? 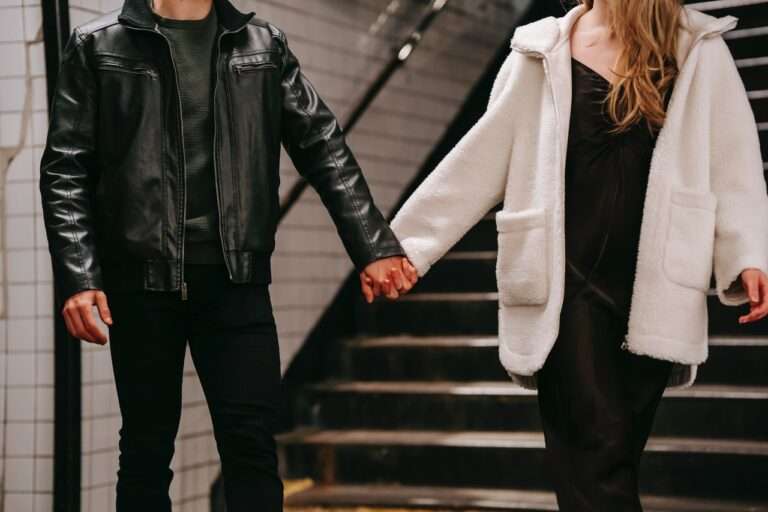 Relationships vs Friends with Benefits

I’m not going to tell you that most guys are “relationship adverse”. There’s no sense in stating the obvious.

The real question is, if the guy is so into you, why does he just want to jump into bed with you instead of doing the whole dating thing?

If a guy likes you, as a person, he will be your friend and be as scared as hell about doing anything that might “turn you off”, he will guard this friendship and work to find a way to turn you into a girlfriend. if he wants to be a “Friend With Benefits” he won’t really care what you think, as long as you can get together later.

If a guy is just “horny for you” he’s going to crack jokes, make you think that he’s into you and work hard at making out with you and getting you into bed, without having to do any of the “heavy lifting” of dating and beginning a “relationship”. The last think he wants to do is sit somewhere and just “talk”. It’s all or nothing, action or none, he’s there or he’s gone. He’s also going to be “very available” to any other woman that comes his way. After all, just because you’re “hooking up” it doesn’t mean that you’re “dating” or “exclusive”, or anything like that, right?

“Friends With Benefits” is more convenient relationship starter for a timid or self-conscious girl because, she thinks, a real relationship will start with the guy she likes after they’ve “hooked up” a couple of times. The “relationship” will have already started, is the girl’s thinking here. This is always wrong, even if it seems that it is “easier” to give the guy what he wants and turn him into a boyfriend afterwards. Without official “dates” there is no relationship for the girl to fall back on. There are no “relationship issues” to be dealt with because there is no relationship. Even though there’s a lot of “bumping uglies” going on.

The guy will always be jealous if you give any attention to another guy, even though, according to the “Friends With Benefits Rules’ he has complete freedom about seeing other girls and paying them lots of attention, even if you’re in the same room. This is the hardest part of the “Friends With Benefits” arrangement: the woman is considered taken but the guy has freedom to hook up with other women. The guy can be completely possessive and jealous but the woman is not allowed to show even the slightest interest in another guy, even in passing, unless she wants to start a fight with her “friend”.

In a “Friends With Benefits” relationship the woman almost always loses. She loses the guy she really likes, she loses other friends because of her attachment to this guy “friend” that, besides sex, does not want to spend time with her or her group of friends/family and she loses respect for herself for being taken advantage of, if not immediately upon the realization that the guy wants nothing more than to “hook up”, then soon after when she realizes that she is alone with all her relationship fears when her “friend” leaves her at the end of the night, again.

Don’t get involved with a guy because the “hooking up” is fun and pleasurable. In all honesty that feeling is very fleeting. You will be just as alone as if you didn’t have this “friend” because all he wants is the moment and what you really want the relationship.

You’re on the right path now when you hold out for a true loving relationship!

Sure-Fire Ways To Identify and Attract A Great Guy
Predictable responses make for great conversation to get to know each other - if you want to be JUST...
Read More
How To Tell When A Guy Is Playing You
Red flags include comparisons of you with other women from his past.
Read More
First Impressions That Make Men Want More
Have you ever thought about how attraction actually works for men, and how it could be different than...
Read More
Is This Your Relationship Pattern?
Fights, arguments, disagreements... whatever you want to call them, are rarely what they seem to be on...
Read More
Commitment, is it just something that happens?
Do you wait for him to talk about your long-term future together, or just wait and wait, and wait, for...
Read More
Are You Relationship Ready?
How do you know if you are ready? What are the characteristics you need to have or acquire in order to...
Read More
How To Do Intimacy Even If You're Afraid (We All Are)
Sometimes, just not saying or doing something you've always done in the same situation will change the...
Read More
Create Mystery To Catch Him & Keep Him
If you want to date the men you choose, making them chase you for a while is a great idea.
Read More
Relationship Commitment
A lifelong goal for some, and others, a thought that puts shivers down their spine.
Read More
Help For Relationship Troubles
Don’t let dedicating a few minutes a day to be set aside to improve your communication skills be the...
Read More