Are women lying to you? Do they really like "That Type" of guy? (The type you are not!) 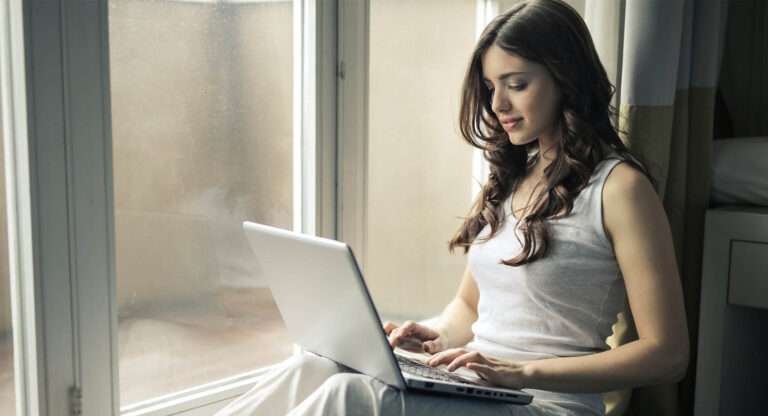 Do you know what kind of women I love? And I’m talking about the kind I really, REALLY love here.

I love women with shapely natural breasts and curvy figures.

Next to a cold beer on a steamy summer day or a nice Sunday afternoon watching the game on the big screen, that’s the VERY best.

I mean, who wants to settle for a chick who doesn’t meet your standards when there are plenty of smoking hot, voluptuous babes with mesmerizing curves out there?

So the question, my friend, then is:

How do you get those hotties? … the really, REALLY smoking babes.

Though not necessarily easy as it does involving working on and making changes to YOURSELF, there is one trait you absolutely MUST develop.

And if you don’t have it, don’t blame me when all you can get are fat chicks.

The only one to blame will be you!

Establishing Personal Boundaries is an Aphrodisiac
Okay. Maybe you know of a “jerk” who has an incredibly hot girlfriend.

You know the kind of chick I’m talking about?

She’s beautiful, smart, out-going, and has a great personality.

Now, maybe you’ve even noticed that sometimes this jerk is “mean” to her… or much more accurately: what the silly Nice Guy looks at as “mean”.

After all, to the Nice Guy, standing up for yourself in front of a woman is considered mean…

Not letting a woman disrespect you is mean.

This seems to be the one great delusion of the modern male.

See, in the real world, outside the bounce of a woman’s self-centered little internal universe and every guy who supplicates to it, what that “jerk” was REALLY doing was establishing personal boundaries.

It’s the furthest thing from it.

In fact, the opposite is mean. Disrespecting someone’s boundaries and then blaming them when they get pissed or stand up for themselves… now, that’s mean.

Women Do THIS A LOT! Because you know what?

They may be “mean”, but women actually have the right to treat you however they please.

But you know what else?

You also have the right to NOT tolerate any kind of behavior a woman throws your way that you see as disrespectful and unacceptable!

And guess what happens when you put a hottie in her place?

Do you know what she thinks?

She suddenly realizes you’re not the kind of guy she can put one past.

Well, consciously, she thinks, “Arrrgghh. This guy won’t give me what I want. He won’t treat like a spoiled brat. He’s a jerk. It’s frustrating!”

That’s what you see…

You may notice she throws an immature temper tantrum.

But what most guys don’t get is what’s going on unconsciously.

So Think About It…
How have you — or do you — respond when a woman, especially one you’re interested in crosses one of your personal boundaries?

Do you shrug it off?

Do you let her cross it without saying or doing anything about it?

If you do, she has NO IDEA she crossed a line with you because you’ve avoided establishing personal boundaries. And you can bet she’ll do it over and over again.

After all, why wouldn’t she?

She doesn’t know it’s NOT okay with you.

And then there’s the “dark” side…

She may also even pick up that you’re not okay with it.

She may know it irritates you.

But if you don’t have the courage to stand up for yourself by boldly establishing personal boundaries, she may take advantage of your hesitation.

She may do it knowingly.

Maybe it fulfills some personal agenda of hers. And if she can get away with it, “Why not?” she thinks. “He may have something to lose, but I sure don’t.”

But we all love bitchy women, don’t we? After all, they know how to create sexual tension in men and get us going.

Establishing Personal Boundaries Is the Big Reason Hotties Love Jerks
What’s the definition of a “jerk”?

Now the “jerks” may lose it and get angry when a woman crosses a line with them, but you know what?

They sure let a woman know when she’s crossing their personal boundaries.

They deal with it the MOMENT it comes up.

So a woman always KNOWS where he stands.

That’s the basis of EMOTIONAL trust

Naturally, you don’t have to communicate your personal boundaries in a hostile way, like the jerk.

The hostility may not be a turn-on to women, but the communication of his personal boundary sure IS!

Why Cool Guys are So Attractive to Women

Cool Guy are like jerks in the sense that they don’t let women control them.

But the difference is, where the jerk loses his cool, a Cool Guy keeps it. After all, that’s what makes him “cool”.

He communicates his boundaries in an assertive, emotionally detached and calm manner.

When you learn to do THAT, the hotties will view you as an irresistibly magnetic force.

When you calmly make a chick aware every time she crosses a line with you, she doesn’t have to fear any volatile repercussions — as she does with the jerk.

That allows her to RESPECT you, which paves the way for her to fall for you…

But the key is that you MUST begin establishing personal boundaries from the VERY beginning!

If you start weeks or months into a relationship, it will jolt a woman. She’ll think that the whole time she’s gotten to know you, you’ve been faking who you are…

And you know what?

Establishing personal boundaries may take courage, but women (and men) respect it — even if it ‘upsets’ them in the moment.

Simply remember that it’s their problem. You deserve respect, so never let a woman try to persuade you out of it.

The Man With “Backbone” Gets the Hotties EVERYTIME

If I had to give one single reason why most guys fail at get together with the women they’re interested in, I’d probably narrow it down to this:

It’s because they don’t stand-up for themselves and put women in their place when they’re out of line. Instead, most guys actually invite and encourage women to disrespect them… WITHOUT EVEN REALIZING IT!

Perhaps they even think it’s “disrespectful” to “put a woman in her place”.

And I don’t blame them. I used to be the same way.

The reason was that I simply didn’t know any better. No one ever taught me that there isn’t a hottie in the world who would want to screw my brains out if I’d let her cross my boundaries.

What made it even worse was that I wasn’t even aware of what these boundaries were or when women were crossing them.

But let me tell you something else…

As soon as I learned what these boundaries were and how easy establishing personal boundaries can be, heads began to turn and more and more women started thrusting their breasts out when I was around them.

You know there’s a reason we call women “chicks”, right?

Chickens thrust their chests out when they want to mate with a rooster.

So how to do you learn to start establishing personal boundaries so you can become that rooster?

Something Single Women Hate
Once a woman starts to feel that magical emotional and physical response called attraction you will start...
Read More
8 Types Of Women To Avoid Dating
A recent survey revealed that fifty two percent of men date for intimacy. Men are looking for that “someone”...
Read More
7 Shocking Myths About Women
These are things that seem to be at the very root of all our major personal problems in life, especially...
Read More
Five Myths About Women
Putting a woman on a pedestal is bad for your health — and hers.
Read More
3 Reasons Why Your Girlfriend Is Being Nice To You
A sudden change in her attitude towards you can mean the end is near and she's hiding something from...
Read More
Why Some Women Tease and What To Do About It
Have you ever met a woman who seemed like that special or perfect woman, the kind most men secretly dream...
Read More
Increase Your Score Factor With Women
Following these suggestions will help increase your score factor while dating, keep attraction levels...
Read More
Relationship Commitment
A lifelong goal for some, and others, a thought that puts shivers down their spine.
Read More
20 Morning After Deal Breakers
Consider the morning after make it or break it time. After the jump, some guys we do and don't like to...
Read More
Why Being Nice Does Not Always Build Attraction in Women
The problem is that being nice is not enough on it's own to create attraction.
Read More