Menu
How To Make Your Friends With Benefits Your Boyfriend

Home » Advice » How To Make Your Friends With Benefits Your Boyfriend

Changing your relationship from being "friend's with benefits" to a real romance with him in a few easy steps. 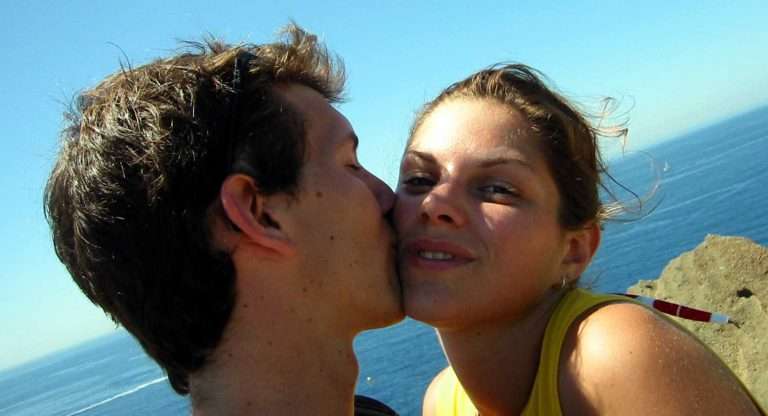 Can You Change a Friends With Benefits to a Real Relationship?

A lot of women end up in a “Friends with benefits” relationship because it’s just so simple to have someone make love to you, and not get deeply involved in your life.

The problem with this arrangement, however, is that you really cannot separate sexual intimacy from relationship intimacy. You might think you can, and maybe in the early stages of a FWB relationship it does work that way, but eventually the two intimacies (sexual and relationship) come together.

And you, the woman, realize how much you have started to depend on this guy for more than just sex.

But, you do understand that as long as you remain FWB there is no relationship to be created outside of your sexual encounters with this guy, even that now you are falling for him and expecting more of him as becoming a boyfriend.

Maybe you start trying to push him into taking you on a real date, or you start to have “relationship” talks in an attempt to find out if he does like you more than just being a friend with benefits. Often the girl and guy do have friends in common, they share group activities, and the FWB relationship is in the open.

This adds complexity to changing the relationship from FWB to boyfriend and girlfriend.

There are three rules you need to follow to turn your friend’s with benefits sex partner into your boyfriend.

Let him discover that he does like you more than just as a sex partner. Continue to be included in the group activities that include him, but don’t get cornered at the end of the night to be with him.

You need to tell him that you’ve gone from being his “friend” to becoming someone that really cares for him. Often this additional piece of information will seem to come from left field for the guy, but after consideration he will realize that he is really starting to want a more committed relationship with you too.

You’ve already given up that “mystery of sex” by being with him. In step three you’ve ended the sexual intimacy unless there is relationship intimacy too. This is where he decides if he does want to really date you or if he’s just wasting time with you, and really looking for another girl. If this is the fact, then he isn’t, and never was, relationship material.

Having sexual freedom is a statement that is a total lie. And you’ve been swallowed whole by this lie. There is only one way to get past the fact that you can have freedom in a relationship without being held back by someone else’s rules.

And that is learning what is truly most important in your life when it comes to relationships.

These are the things you need to do to make your “friends with benefits” guy your boyfriend.

Discover what thousands of women already know: How to catch him and keep him. Finding the right guy doesn’t mean having to date a lot of wrongs guys.

The Commitment Blueprint Program is full off specific ways to communicate with a man that will instantly amplify the attraction he feels for you and help move things quickly and smoothly from “casual” to “committed” in no time flat.

Creating Emotional Ties With A Man
Changing him from "love'em and leave'em" to committing his love to you.
Read More
Tips On Dealing With Difficult Men
Sometimes we fall in love with men who are difficult to get along with.
Read More
Commitment, is it just something that happens?
Do you wait for him to talk about your long-term future together, or just wait and wait, and wait, for...
Read More
Smile At Yourself
Can you change one small habit and affect how you feel about yourself? Yes!
Read More
How To Tell When A Guy Is Playing You
Red flags include comparisons of you with other women from his past.
Read More
Making The Move On The Man
How can you be sure he’s serious? You have to be serious first!
Read More
Creating Great Conversations With Men
Your first impression and the way you manage the first conversation you have with a guy will help you...
Read More
Create A Deeper Level Of Attraction In Men
You can't convince a man to love you, but you can prove yourself to him just as he needs to prove himself...
Read More
How To Handle The Boyfriend that Ignores You
When your boyfriend ignores you, there are good ways and bad ways to handle it.
Read More
Why Men Withdraw And What To Do About It
Making “The Big Mistake” is really all about being driven by your unmet needs and desires and solely...
Read More