Menu
How To Meet A Good Man

Home » Women » How To Meet A Good Man

You can finally learn the secret to triggering powerful attraction in a man. 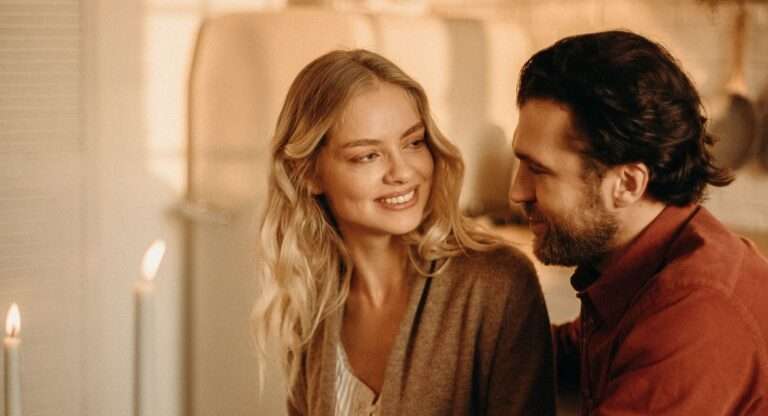 How to Set a Man on Fire with Attraction

Are you still single even though it seems to you like you’ve been dating forever?

Do you almost feel embarrassed about how long you’ve been single, or how many bad dates, unavailable men and dead-end relationships you’ve been through in the last few months or years but you still haven’t found a decent guy who will stick around?

Maybe you’re starting to feel wiped out by trying to date.

Sure, you’ve dated a few guys, or maybe you’ve even been in a “serious” relationship. But things haven’t worked out.

It’s the same story, if you’re into them, they’re not into you.

And whenever things felt promising and hopeful, something unexpected happened that ruined things.

He was busy, you moved away, he went back to his ex, or you discovered a real “deal-breaker” about him.

You’re starting to wonder if things just aren’t going to work out for you when it comes to love, and you’ll just end up forever single.

And sure, you keep telling yourself it’s not so bad.

There are so many other great things you have going for you in your life, like your career or your friends and family.

But deep down, you don’t want to be single forever, do you?

You worry about it more often than you want to admit.

But at the same time, it’s almost as if you’ve become pickier and more jaded each time you go out on a date with a man.

Sure, he’s attractive and “nice.” But will he call again? It’s almost like you keep waiting for the other shoe to drop, and this is when things actually feel good! Ugh.

You didn’t used to feel this way. You’re starting to not only lose hope, but you’re losing interest in dating. This is a very bad sign.

It’s time you stopped being without love.

Which one would you rather do?

So let me set up the scenario: Let’s say you’re at a party or at business networking get-together or something.

You’re there by yourself, and you’re wondering if you’ll meet a man.

There are a lot of single men there, and you’re standing around trying to see which ones look attractive to you, while at the same time trying hard not to stare.

And then it happens.

Someone accidentally runs into you and you almost spill your drink.

You turn around, and as he apologizes, you realize he’s just about the most attractive man you’ve seen all night.

You smile, he smiles, and suddenly you get that “deer in the headlights” feeling as he grasps your elbow and apologizes again and starts to walk away. But he’s still looking at you, and smiling.

This is when you want to say or do something to get his attention, but your brain freezes and you can’t think of anything to say. So you end up saying nothing.

You say something completely goofy and feel embarrassed the second it comes out of you mouth.

Well, what if you had an easy and fun way to make sure you got a chance to connect with that man and create that spark of attraction inside him when you wanted to?

What could you say or do in this moment that would be sure to:

Here’s what you should do:

SIMPLY HOLD HIS GAZE AND SMILE
This is a tip you can use in this particular scenario as he’s walking away, or you can do this anytime if an attractive man is looking at you from across a room.

You hold his gaze a little longer than feels at ease. Then smile. Then look away.

A minute or two later, you can repeat this if you catch him looking your way.

If you do this three times, and if he’s interested, chances are pretty good that he’ll walk up to you and start a conversation.

If he doesn’t, that means that he’s either not single, or not interested. The key is to not be too attached to the outcome. You opened up the possibilities without being pushy or embarrassing yourself.

So now that you have his attention, he’s coming over to say hi and talk to you.

What do you say? How do you act?

This is where I see a lot of women go wrong.

They’ll say something completely predictable or “standard” out of not knowing what else to say, or out of politeness.

It’s usually at this point that the guy thinks, “well, she seemed interesting. But she’s nothing special.” His eyes glaze over, and he’s off to talk to someone else in the room.

BE PLAYFUL, BE UNPREDICTIBLE
Here’s what you don’t want to say within the first 2 minutes of meeting a guy:

Instead, you want to get his attention through observation and compliments, but do it in a fun, playful and unpredictable way.

If he’s super tall, you don’t want to ask him “how’s the view up there?”

He’s probably heard that joke a million times, and if he hears it from you, he’ll categorize you as just another regular person and will be looking for a reason to excuse himself.

For example, if he’s wearing a very plain, standard light blue button-down shirt, you can say:

“That’s a crazy looking shirt.” (you say as you give him a playful smirk) “Did you buy that yourself?”

If he’s smiling, laughing and highly energized, you can say: “You gotta stop being so serious. You’re making me depressed.” You say with a straight face while looking directly into his eyes.

It won’t be anything he’ll expect to hear, and it’ll get his attention.

A man can think you look incredibly attractive, and can approach you to get to know you better, but if you don’t do the crucial thing of creating a level of intellectual or emotional attraction, his interest level will sink.

Or he’ll find you physically attractive, and he may just be interested in something “physical” with you, but have no interest in anything deeper or romantic.

So he’ll act interested, but he won’t be. Not in the way you want him to be.

You can be the hottest woman in a room, but if you bore a guy with boring conversation, or make him work hard to keep up his end of the conversation, he’ll quickly categorize you as someone he isn’t interested in pursuing.

There are things you can do and say that make a man really see you, and then later, he won’t be able to stop thinking of you.

He’ll smile every time he thinks of the conversation he had with you.

He’ll remember the way he felt so good on your date together, and he’ll feel compelled to want to spend more and more time with you.

You probably know yourself what kind of attraction I’m talking about.

Have you ever felt intrigued and turned on by a man, and you didn’t understand why?

He wasn’t necessarily the handsomest, most “together” man you knew, but you couldn’t stop thinking about him?

That’s what emotional attraction feels like. And it’s exactly what you need to make a part of meeting and attracting men.

The Secret Cause of Distance In Relationships
The reality is that a man can go from caring, protective, complimentary, and emotionally engaged with...
Read More
Sexual Strategies
Have you ever thought why men’s and women’s sexual strategies are so different?
Read More
Manifesting Your Relationship Genius
You're about to discover what it's like to give and receive love in a way that feels good, inspiring,...
Read More
Things Guys Wish Girls Knew
If women knew these things that guys want them to know a lot of relationships would be much better.
Read More
Break The Pattern Of Abusive Relationships
Women that grew up in an abusive family life are not as keen to recognize abuse the way healthy women...
Read More
Does He Want A Serious Relationship With You?
Does he say "I love you" but can't commit?
Read More
Why Men Want Sex And Women Want Love
Whether you are a man or a woman, reading this can change your life - finally, you will be able to get...
Read More
20 Morning After Deal Breakers
Consider the morning after make it or break it time. After the jump, some guys we do and don't like to...
Read More
Top 3 Ways To Make Him Love You Like Crazy
Do you find yourself falling hard for that special guy? Is your heart just full of love and affection...
Read More
Finding a Relationship Guide to Help Your Love Life
We all need help to figure out where our relationship is headed.
Read More