I'm going to give you a stupid-proof formula for knowing whether or not a woman is interested in you. 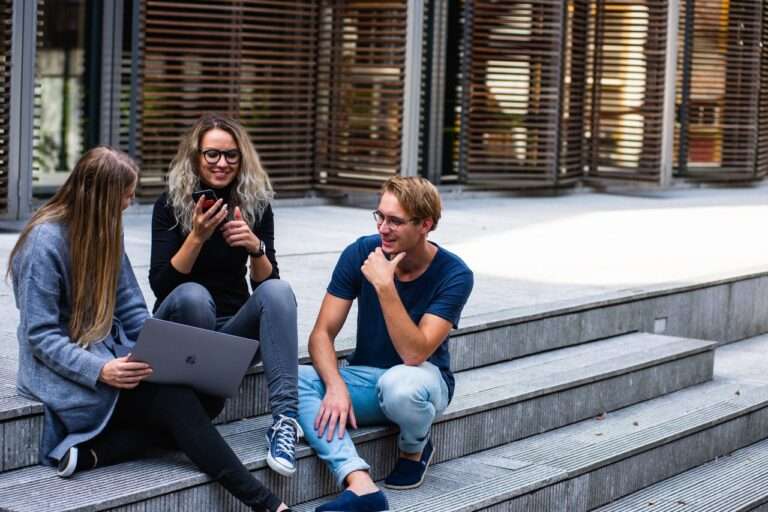 How Will You Know If She’s Interested In You?

OK, I have a quick trick question for you.

That’s right, I said a quick trick question. How can you tell if a woman is interested in you?

Why am I asking you a trick question?
Simple.
Because I’m trying to make you THINK.

I’m sure that, just like me, you’ve read a hundred books and articles that say things like:

I remember when I first read all this stuff. I thought to myself “Wow, cool! I must have been missing these hints because I didn’t know to look for them. Now I’ll know when a woman is interested in me…”.

Well, there was one small problem…

The problem is that women display these major interest signals in about 1 of 1,000 interactions with men…
And there was one BIG problem…

That problem was that none of the damn books I read said a single thing about how to MAKE women give you these signals. In other words, what I realized is that average guys like me who don’t get “approached” by women need to learn not only what to look for, but, more importantly, how to actually create attraction in women so they gave me these signals in the first place.

So let me share with you some ideas on how to make women feel attraction for you… and then I’ll share some ideas on what to look for to tell if a woman is interested.

And my ideas will be a little bit different than the ones you read in your flirting books. OK, so you’re out at a bar with a few friends, and it’s time to meet some interesting women.

You look around, and none of the hot young babes in there seem to be tilting their heads to one side, looking you in the eye, and licking their lips… so you decide to do something.

What do most guys do in this situation?

If you’re guilty of doing these, raise your hand. Then take your raised hand, and slap yourself silly. Not too hard. But silly.

Here’s a thought for you…

If you put 100 guys in a bar with one beautiful women sitting alone, and you say to all 100 of the guys “Hey guys, which one of you can walk over to that woman and do something to make that woman feel a sexual attraction for you?”… I’d say that if you’re LUCKY, one of them will claim that he can do it.

In other words, for most guys, the idea of walking up to a girl they don’t know and doing something that will trigger an attraction is completely outside of their universe.

It isn’t logical (at least, on the surface). But once you start to “get it”, everything changes. Your entire perspective changes once you “get it”, and your results change instantly as well. So here’s something for you to try: Mess with women. That’s right “mess with” them.

Because it instantly communicates that:
You could care less what she thinks of you.

Now, you might be shaking your head right now and saying “That’s doesn’t make any sense. Why would a woman feel attracted to me if I mess with her instead of being nice?”. That’s a good question.

But for now, take the hand that you slapped yourself with earlier, and slap yourself again. Good.

I want you to stop following your “be nice and kiss ass” instincts when you first meet a woman, and instead practice messing with her.

Make fun of something. Go to hand her something, then pull it away at the last second. Shake your head in despair and tell her that she’s screwing up her chances with you. Say something Cocky & Funny, then turn around and walk away before she can respond to your face.

Can ya feel me, dog?
Now the good stuff…

Well this is what you were looking for, so here it is…
I’m going to give you a stupid-proof formula for knowing whether or not a woman is interested in you.
Here it is:

If I walk into a restaurant, and the hostess asks me how many are in my party, and I answer with “Well, there are three of us. I guess there will be four if YOU join us…” and she laughs at my joke, then it’s on!

If I’m standing at the bar, and the woman next to me bumps into my arm, and I turn and say “Hey, watch it, OK? Keep some space here, I need at least a foot of room…” in a serious tone of voice… and she starts playing along by smiling and moving away from me then back again playfully, then it’s on!

If I’m talking to a woman that I met at the magazine rack, and I ask her “What’s with that huge purse of yours? You got a dog in there or something?” and she starts laughing and making excuses, then it’s on!

In a nutshell, what I’m saying is:

Easy Tips To Have Happy Relationships
Regardless how long you've been on your relationship, keep dating each other. Even if life seems too...
Read More
Why Nice Guys Fail With Women
So what does attract women? And how do you do it exactly?
Read More
How to Make Out with a Girl in 40 Seconds or Less – For Real
If you've ever seen a guy in a bar walk up to a girl he didn't know and make out with her almost immediately,...
Read More
Are You the Wrong Type of Guy to be Dating Women?
Why just being your (unrelatable) self is probably the worst mistake you can possibly make with women.
Read More
What To Do If You Are Stuck In Infatuation
If you are stuck in infatuation, remember the following: Infatuation is just a stage, not a condition.
Read More
An Attraction Secret Few Men Know
How do you keep a date going when she says she's got to leave?
Read More
How To Tell If She's Interested
I'm going to give you a stupid-proof formula for knowing whether or not a woman is interested in you.
Read More
Five Myths About Women
Putting a woman on a pedestal is bad for your health — and hers.
Read More
How Your Girl Acts When You're Amazing In Bed
We've talked to thousands of women about their sex lives and have heard it all, how some guys are great,...
Read More
Why Being Nice Does Not Always Build Attraction in Women
The problem is that being nice is not enough on it's own to create attraction.
Read More