Tips On Dealing With Difficult Men

Sometimes we fall in love with men who are difficult to get along with. 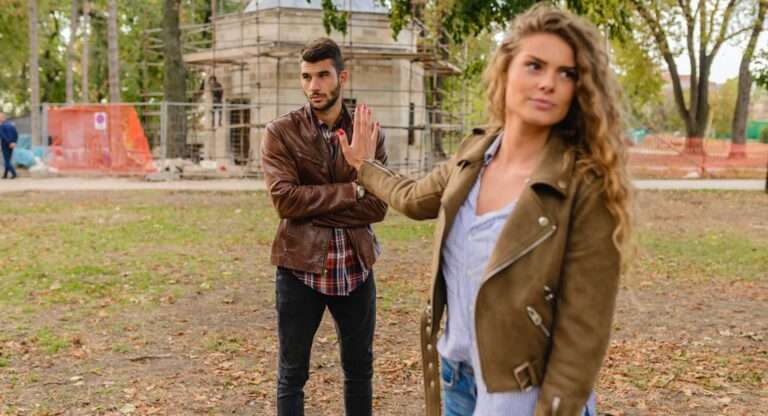 Ten Ways To Protect Yourself From a Difficult Man

There are things you can do to have a relationship with a difficult man and protect yourself from getting hurt or taken advantage of.

Here are some suggestions of what to do:

1) There’s nothing wrong with changing your phone number

If you’re trying to end a relationship with a man who is ambivalent or traumatizing you, then changing your phone number is a way for you to set firm limits and boundaries. There’s nothing wrong with it and in fact, I suggest doing this if you have difficulty saying no to him. Also, you won’t have to know or wonder whether he’s trying to call you.

Don’t just take what he says at face value. If he comes up with a ridiculous reason or excuse for what he says or does, then say something. Don’t just passively take it.

3) His reality isn’t your reality

His reality may be a case he builds up to support his fear of commitment. For instance, he tells you it’s better to date more than one person at a time or it’s better to see each other on Sunday night rather than Saturday night. That’s his opinion. You don’t have to agree with him. Stick to your own reality.

4) Don’t let him downgrade the relationship

If you’ve been dating and he wants to break up, and just be friends, don’t do it. Why would you anyway? Aren’t you insulted that he doesn’t want to have sex with you anymore? His changing the nature of the relationship might mean that he met another woman or just isn’t that interested in you, or can’t sustain a relationship. It’s a waste of your time and will end up traumatizing you. Cut your losses and leave.

5) Doting on him won’t make him love you

Catering to a man and being his “love slave” (cooking for him, doing his laundry, giving him money), just makes you look codependent unless he is reciprocating all your giving behavior. It’s human nature to take advantage of people. So you’re setting yourself up to be exploited and used.

Partial relationships are a way for him to get his needs met (sexual, companionship, etc,) without his having to deal with his anxiety or issues about commitment. It’s nothing but a compromise, and you get the raw end of the deal.

I know he’s an orphan, his mother left him when he was three, his wife cleaned him out, yada, yada, yada. Although it’s sad and your heart goes out to him, if he dumped you or sees other women behind your back, etc., his traumas are no reason to accept his bad unloving treatment of you. The damage he incurs by other people in his past could be targeted towards you, if it doesn’t go untreated. Although it is beneficial to understand the reason behind the inconsistent rejecting behavior, if you use it to rationalize his bad treatment of you you’re setting yourself up for a wasting a lot of precious time on a man who’s just not going to come through for you.

If a man is in a deep committed relationship with you, with a future and has a traumatic past then it’s appropriate to feel sorry for him and be empathic and understanding. However, if he’s hurting or traumatizing you, refer him to a shrink and wish him luck.

I understand how much you may want to be in love and how much you adore the man you’re seeing, but if he starts playing head games with you and is not genuine and authentic about wanting a serious relationship with you:

If a man breaks up with you and wants to just stay friends or have a partial relationship, the relationship will most likely not go anywhere, or completely deteriorate. Get out. Drop him.

Don’t let him waste your time, traumatizing you for the next man who’s out there, who may be genuinely looking for a relationship and not a narcissistic man who is wasting your time with a self serving arrangement that he wants at his convenience.

By Rhonda Findling M.A.,C.R.C psychotherapist and author of “Don’t Call That Man! A Survival Guide To Letting Go”, “The Commitment Cure, What To Do When You Fall For An Ambivalent Man” and “The Dating Cure”. You can visit Rhonda’s web site at www.rhondafindling.com

Manage the men in your life and strengthen your relationships with the tools you will learn in the Toxic Man program.

How to Find the Man of Your Dreams
Follow these steps to meet the man of your dreams.
Read More
Smile At Yourself
Can you change one small habit and affect how you feel about yourself? Yes!
Read More
Why Men Withdraw And What To Do About It
Making “The Big Mistake” is really all about being driven by your unmet needs and desires and solely...
Read More
Is This Your Relationship Pattern?
Fights, arguments, disagreements... whatever you want to call them, are rarely what they seem to be on...
Read More
Are You Available?
Are you ready to meet a great guy or are your efforts going to waste?
Read More
5 Habits That Men Routinely Fall In Love With
“A girl should be two things: classy and fabulous.” ― Coco Chanel
Read More
Creating the Right Relationship Foundation
A strong foundation is required to keep what is built upon it long lasting.
Read More
Finding a Relationship Guide to Help Your Love Life
We all need help to figure out where our relationship is headed.
Read More
Setting Relationship Boundaries
Setting boundaries, which are limits on behavior, is essential for emotional well-being and the success...
Read More
Managing the Power of Rejection
Your time is valuable so you should be controlling how you use it. The guy needs to follow these rules...
Read More