Whether you are a man or a woman, reading this can change your life - finally, you will be able to get rid of your frustrations about the opposite gender. 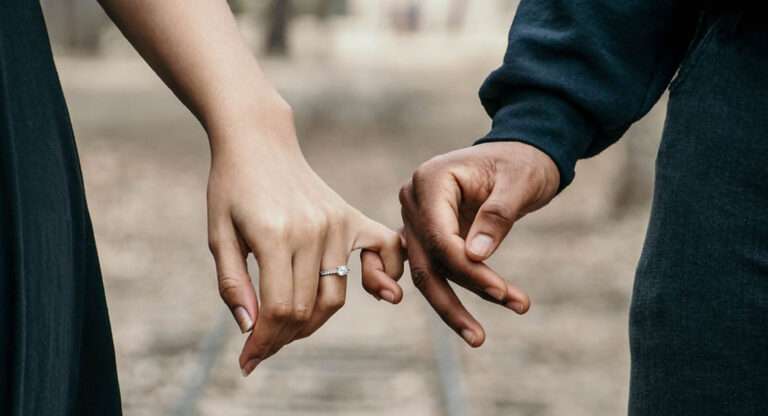 Everyone Wants Sex According To Their Own Needs and Desires

Women blame men they don’t know how to love. Men blame women that they only talk about love but don’t want to make it.

The reason humans want sex is due to the hormone testosterone, which is predominantly male hormone. A normal male’s body produces 20 times more of this hormone than a female’s.

Knowing this simple difference, you can already understand the pain of the opposite gender. It’s NOT their fault: they are made this way! It’s in our genes! This is the reason why men are men and women are women.

Men and women are DIFFERENT. Not better or worse, just different.

For generations women were paying too high a price for making a wrong choice. Women that have chosen men with bad genes had a weaker offspring and their children struggled to survive. Women that have chosen men with good genes had a stronger offspring and their children survived disproportionally. Those children were carrying their picky mother’s genes and this is why those female genes were passed to us.

On the other hand, men never had adverse consequences of making a wrong choice. The more children they produced, the higher was their chance to pass their genes to future generations, as some of them would certainly survive. While men were determined to seek better genes too, they had to grab all chances to procreate coming their way to ensure their genes would be passed forward.

The men that ONLY stuck with one woman (even a high quality woman) were losing genetically to the men that used all of their opportunities and had many more children that survived. Those children were carrying their father’s promiscuous genes, and this is why those male genes were passed to us.

By Nature men are made to seek as much sex as they can get, so they can spread their seed wider.

By Nature women are made to seek as many admirers as they can get, so they can make a better choice and get the best seed.
Men seek quantity – women seek quality. This is why men seek sex and women seek love.

Love is the proof that a woman needs to have some assurance that the man will stick around and help her with the upbringing of the offspring. For a woman, sex is the culmination of her emotional commitment to a man.

For a man, sex is a physical act that eases the testosterone pressure he experiences constantly. Only after this tension has gone, can a man feel love towards a woman. This is why it often happens that men disappear after they got what they wanted: it wasn’t love; it was the testosterone pressure. Sex for men is the reality check of their passion.

This is why having sex early in the relationship is hazardous for women: the man has not had the time to develop any romantic feelings for her. He needs time to develop those feelings, and the only way to do it is through keeping the sexual tension going for as long as practicable. Sex must be attainable, nearly possible – but not quite. When the sexual tension is at its peak, its release is mind-blowing – and once is never enough, which lays a proper foundation for a future relationship – and love.

Men fall in love through sex; women fall in sex through love. All of this happens on the unconscious level – we do NOT realize what’s going on.

But the reason why you are here today and alive is because each and every of your ancestors, men and women, acted true to their instincts and managed to attract at least one sexual partner and produce an offspring.

So, there is no need to be bitter about men wanting sex and women wanting love. Those two are the necessary pieces of the puzzle called Survival Of The Species.

And you’ll be better off understanding what the other gender is going through and giving them exactly what they want: a mind-blowing sex or exhilarating love.

The Coffee Date Is Your First Real Step In Getting To Know Someone
Maybe you’ve recently met the person, decided that they are worth a little bit more of your time to get...
Read More
He Likes Her. She Likes Him.
What could possibly be keeping these two people apart?
Read More
Five Magical Ways To Propose At Christmas
This moment in your life should be romantic, inspired and a bit of a surprise to your girlfriend to make...
Read More
How To Have Better Emotionally Charged Sex
Great sex is much more about attitude than technique, and you need to bring both together.
Read More
The Changes You Want To Happen, But Don't
People are always saying why they are stuck and why they can’t do certain things. They are not looking...
Read More
Woman Have Fantasies Too
Sexual fantasies are an intriguing subject and not only men have them!
Read More
How To Gain An Unfair Advantage Over A Rival & Win Over The One You Love!
Are you being kept up late at night worried sick that you would never be able to find or keep your true...
Read More
Easy Tips To Have Happy Relationships
Regardless how long you've been on your relationship, keep dating each other. Even if life seems too...
Read More
How To Write A Valentine's Day Love Note
Men often get stressed out at Valentine's Day. The reason: almost universally they are embarrassed to...
Read More
Body Language of Attraction
How do you decode the body language of attraction?
Read More